The latest report from Experian indicates that lenders are approving fewer auto loans for people with bad credit.

The Findings from Experian's Report 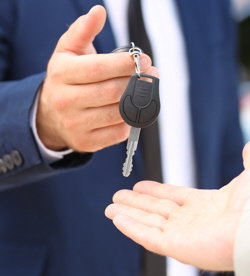 The credit bureau Experian comes out with its State of the Automotive Finance Market report four times a year. It looks at data and trends related to auto loans, leasing, and credit score distribution.

The main takeaway from the most recent report (which covers the third quarter of 2016) is that loans in the subprime space are declining. What that means is lenders are approving fewer car loans for people with poor credit.

Here are the numbers:

However, Experian pointed out that total open auto loans balances also reached a record high. This means that while the number of loans made to consumer with less than perfect credit is declining, consumers overall are still very actively getting car loans.

The credit agency also noted that credit unions gained a greater market share. This is likely because interest rates rose slightly year-over-year, and credit unions are known to offer the most competitive APRs. At the same time, another Experian report, created jointly with consulting firm Oliver Wyman, speculates that interest rates are expected to continue to rise in the near future, possibly even before year's end.

Consumers can take two things from these reports:

In light of these findings, if you have bad credit and are considering applying for an auto loan, you may want to act sooner rather than later. There's no sense waiting until it's possibly even harder to get approved, or until it's more expensive to finance a vehicle.

If these trends continue, it appears that you might have a better chance of getting approved if you act now. And if you are looking for a dealership that can work with your credit situation, Drivers Lane can help you find one.

We have a nationwide network of dealers that specialize in working with people in unique credit situations. You may even be able to buy your car with little or no money down.

Our service is free and it puts you under no obligation whatsoever. So, you really have nothing to lose. Get started today by completing our simple and secure online application.

Posted on December 23, 2016 by David Topham in Auto Loans
Suggested Posts For You
View Article

Financing a Car with Less Than Perfect Credit
View Article

Can I Get a Car Loan With Low Credit?
View Article

Can I Get a Car Loan After a Repossession?

Skip the Credit Check With a Used Car Lot

The Price You Pay for Not Having Auto Insurance

How Can I Get Approved for a Car Loan With Bad Credit?

Flood-Damaged Cars: Don't Get Swept Away

Repairing Your Credit With an Auto Loan Post-Bankruptcy

What Should I Bring to the Car Dealership?

Used Small Cars that are Highly Rated and Affordable

Affordable New Cars that Should be Avoided by Bad Credit Buyers