You might consider acting sooner rather than later if you have damaged credit and are thinking of financing a car. The latest trends concerning subprime auto lending and car sales indicate that it would be best to act now if you are on the fence about applying for an auto loan.

Consumers with subprime credit, generally defined as those with FICO scores of 620 to 600 and lower, have a harder time getting approved for auto loans. However, they can apply for bad credit car loans, also known as subprime auto loans.

These loans are available to borrowers with less than perfect credit, but it appears that their availability may be decreasing in the near future.

Subprime Auto Lending on the Decline?

Recently, General Motors (GM) Financial (the lending arm of GM) released their second quarter of 2016 financial statement. It is clear that they are reducing the number subprime auto loans, as the company said they would be doing earlier this year. 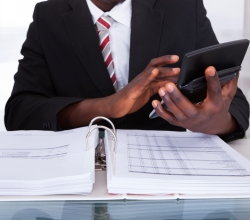 This means that they are approving fewer loans to people with subprime credit scores - which the company defines as those with FICO scores of 620 or lower. GM Financial is also expected to continue to reduce the number of subprime car loans they approve in the months ahead.

And it's not just GM Financial. An Auto Remarketing story from June of 2016 highlighted how many larger lenders are pulling back on subprime lending.

It should be noted that this is happening right around the same time that car sales are starting to slow down. While the auto industry has been booming for a number of years now, sales are finally starting to slow.

With that in mind, it's not that surprising to see GM Financial and others pull back on subprime lending. They are simply reducing the number of high-risk loans they are making in a slowing market by raising their subprime lending requirements.

While there is probably not going to be a universal or dramatic reduction in lending, these signs still suggest that consumers with imperfect credit who need a car would be better off acting sooner, rather than later.

The Timing is Ripe, but Be Responsible

All of the latest trends and data seem to suggest that the number of new bad credit auto loans continue to drop in the near future. This means that many subprime lenders are going to be cutting back on how many loans they approve.

If you have less than perfect credit and are on the fence about applying for a car loan, the timing appears to be as good as it's going to get. In the near future, it may be more difficult getting approved.

But before applying, we also recommend that applicants with credit issues consider these tips:

One final tip if you are seeking bad credit auto financing: Drivers Lane can help.

Drivers Lane helps consumers with imperfect credit find a dealership in their area that stands to give them their best chance at being approved for an auto loan. You might even be able to purchase your vehicle with little or no money down.

Our service is free and our process is fast, so fill out our easy and secure online application to get started today!

Posted on January 12, 2017 by David Topham in Auto Loans
Suggested Posts For You
View Article

Is it Time to Buy a Used Volkswagen?
View Article

How to Finance a Car as a College Student
View Article

How Much Should My Car Down Payment Be?
View Article

No Money Down Car Loans in Phoenix

Winter Car Maintenance Tips to Get Ready for the Snow

Buying a Car after Bankruptcy and with Bad Credit in Chicago

The Pros and Cons of Early Loan Repayment