A new device, called the Textalyzer, is aimed at deterring texting and driving. And it may be coming to your neighborhood.

Much like how a Breathalyzer is used to indicate whether or not a driver is intoxicated, the Textalyzer is a device that can tell law enforcement when a phone or mobile device was last used. This device was developed by Cellebrite, the firm that is believed to have assisted the FBI in cracking the iPhone involved in their recent decryption battle with Apple, and it will be a helpful tool in situations where officers need to determine if a driver was engaged in unlawful distracted driving.

So far, the first state to propose legislation that will make use of the technology is New York. The legislation would require drivers involved in accidents to submit their phone/mobile device for roadside testing by law enforcement to indicate if the driver was using their phone right before the crash/incident.

In an article by Ars Technica, it was stated that the legislation would rewrite the motor-vehicle driving law to make it so that motorists give "implied consent" for "determining whether the operator of a motor vehicle was using a mobile telephone or portable electronic device at or near the time of the accident or collision, which provides the grounds for such testing. No such electronic scan shall include the content or origin of any communication, game conducted, image or electronic data viewed on a mobile telephone or a portable electronic device," and that "the person's license or permit to drive and any non-resident operating privilege shall be immediately suspended and subsequently revoked should the driver refuse to acquiesce to such field test."

The legislation was prompted by the group Distracted Operators Risk Casualties (DORCs). The son of its co-founder, Ben Lieberman, was killed in 2011 by a distracted driver in New York. The proposed law has been dubbed "Evan's Law" in memory of 19-year-old Evan Lieberman.

According to the Centers for Disease Control and Prevention, roughly 20% of road mishaps in the U.S. are caused by distracted driving. With that in mind, should motorists expect to see this law become nationwide? It's very possible, but first, there are many questions that need to be answered. 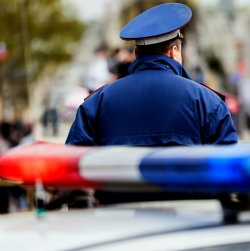 In an attempt to comply with the Fourth Amendment right to privacy, the Textalyzer would keep actual conversations, contact info, numbers, photos and application data private. But until we know how this new tech will be exactly applied to unlawful driving situations, drivers can ensure that they are taking preventative measures to keep the use of this technology to a minimum by employing safe driving habits.

While we don't have all the answers, we do know that safety starts with the driver, and a safe and reliable vehicle certainly helps. Drivers Lane connects car buyers with damaged credit with dealers that have the resources to work around unique credit situations. After you complete the quick, secure and easy online application, we will use our nationwide network to find you a dealer near or in your local area that can get you back on the road. Start today.

Posted on December 23, 2016 by Michael Smith in Safety
Suggested Posts For You
View Article

Getting Your Vehicle Ready for Carpool Season
View Article

Do You Know About Your State's Unusual Traffic Laws?

Can You Afford Your Car Loan Post-COVID-19?

Are There Dealerships That Won’t Pull My Credit?

Can I Get a Car Loan With Low Credit?

What Should I Bring to the Car Dealership?