If you live in San Antonio, Texas and need a car, you aren't alone. San Antonio is one of the least walkable metro areas in the United States, which makes having a vehicle a necessity. Yet, if you have bad credit, your financing options become limited. You need to know where to turn for bad credit auto loans in San Antonio.

Drivers Lane is Here to Help 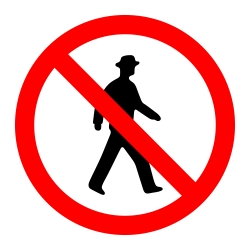 A 2014 report from Smart Growth America showed that San Antonio was one of the least walkable major metro areas in the country. Furthermore, the report also ranked The Alamo City dead last in their "Future Ranking," which analyzed how walkable its future development is likely to be.

The fact of the matter is that unless you live and work downtown, in Five Points, or in Tobin Hill, there is no practical way to get around without a car. And it's not even possible to get by if you live outside the loop. You could spend your whole weekend going up and down San Pedro looking for a dealer that can work with you, or you could let Drivers Lane help.

We are experts in the subprime car market with a nationwide network of dealers that we know and trust. Our San Antonio network of affiliate dealers specializes in bad credit car loans, so we'll know exactly which one is right for you. We are confident that they will be able to get you financed, even if you have damaged credit.

If you live in S.A. and have a tight budget or bad credit, the team here at Drivers Lane can still help. We've used our data to compile of list of the most popular bad credit cars at our San Antonio dealers that are priced under $20,000. They are:

It's easy to see why the Toyota Camry, Ford Focus and Toyota Corolla dominate this list. All three are annually ranked as top safety picks, are known for their reliability and offer great fuel economy. Best of all, they are affordable. If those cars aren't for you, we have plenty of truck options available too!

If you live in San Antonio and are sick of trying to get around without a car, or if you live anywhere else and feel the same way, we here at Drivers Lane want to help. We work with dealers who have worked with all different kinds of credit situations in the past and we will do whatever it takes to help you find the auto financing that works for you. Get started by filling out our safe and easy online application.

Posted on December 23, 2016 by David Topham in Auto Loans
Suggested Posts For You
View Article

Preparing to Apply for a Bad Credit Auto Loan

What Documents Do You Need to Bring to the Dealership?

Can I Keep My Car Lease if I File for Chapter 7 Bankruptcy?