The Best Cars for Patriots Fans with Bad Credit

The Best Cars for Patriots Fans with Bad Credit

If you live in Connecticut, Maine, Massachusetts, New Hampshire, Rhode Island or Vermont, there's a good chance that you're a fan of one of the most successful football teams in the country, the New England Patriots. You may also be currently facing moderate to severe credit issues.

When most people think of New England, they typically don't associate this geographically and architecturally beautiful region with bad credit. Instead, Ivy League schools come to mind, as well as Martha's Vineyard and, of course, the Pats.

However, recent data gathered by Drivers Lane reveals that 9,597 New Englanders have filed for bankruptcy over the past year, and 27,329 potential Patriots fans have applied with us for a bad credit car loan. This seems to indicate that compromised credit is a very real issue for more than a few New England residents. And while many cities in the northeast are very walkable, there are plenty of areas that require the use of a car.

This means that a good number of people in New England with credit issues are facing the challenge of buying a vehicle. Luckily, Drivers Lane can make the bad credit car buying process faster and easier, but which car should you consider if you have damaged credit and you're on a budget?

If you're looking for a place to start with your automotive research, we have used our data to construct a list of the most popular vehicle choices among bad credit buyers in New England. 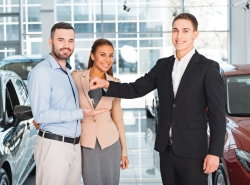 While these vehicles may be popular among buyers with credit issues, a few are better options than others. When you're selecting a car to purchase with your bad credit auto loan, you would be well advised to strongly consider price, performance and reliability.

At Drivers Lane, we understand that you want to not worry about how you're going to make it to work, school or Foxborough for games. You'll also want several years of hassle-free transportation. This is why we've taken the list of popular vehicles and narrowed it down to options that are highly rated and can be purchased for under $15,000.

Regardless of what kind of vehicle you're in the market for, rest assured that Drivers Lane will help you to get approved for the best possible financing. Why should supporters of the best football team in the league be expected to accept anything less?

It's GAME ON for Car Buying

New Englanders are used to winning, so don't get rejected for financing again. Regardless of what the current condition of your credit happens to be, Drivers Lane can work with your unique situation. We'll connect you with a dealer in your area that can get you the car that you need, and you may be able to get financed with little or no money down.

Just fill out our fast and secure online application to get started today.

Posted on December 23, 2016 by Amy Fortune in Bad Credit
Suggested Posts For You
View Article

Wards Names the Best Interiors of 2016