Cars to Buy with Bad Credit in Raleigh, North Carolina

Cars to Buy with Bad Credit in Raleigh, North Carolina

According to WalkScore.com, Raleigh is a "car-dependent city" with "minimal transit." This means that the average Raleighite will need a car in order to conveniently get to work, go to school or to run daily errands.

And according to data recently gathered by Drivers Lane, many people in the Raleigh area are dealing with credit issues while trying to purchase these necessary vehicles. This data reveals that 856 individuals living in the City of Oaks filed for bankruptcy in the past year, and 2,298 Raleigh residents applied for a bad credit auto loan through Drivers Lane.

Popular Cars to Buy with a Bad Credit Car Loan

So, you're definitely not alone if you are currently trying to buy a car in Raleigh with damaged credit, and Drivers Lane can make the process faster and easier. Which vehicles can you expect to choose from with a bad credit car loan? Our list of the top 10 cars that were purchased through special financing in Raleigh during the past year proves that you will probably be able to select from a variety of options.

Now, out of this list, which vehicles should you actually consider, based on fuel economy, safety and overall affordability?

These 3 vehicles can be purchased used for under $15,000, get good gas mileage and have at least decent safety ratings. And while the dealer who is best qualified to work with your situation may not have one of these exact cars in their inventory, you can at least look for something with similar features. 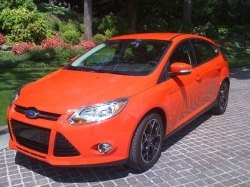 The 2012 Ford Focus: Expect to get impressive mpg (28 city/38 highway) out of this compact car, as well as a powerful four-cylinder engine. Most reviewers of the 2012 Focus have been favorably impressed with its well-crafted interior, stating that it has a surprising amount of room for such a relatively small vehicle. 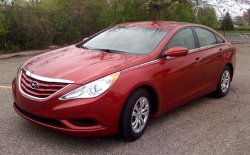 The 2011 Hyundai Sonata: Boasting exceptionally high safety ratings, this midsize car is an appealing choice for families. It is also fuel efficient, getting 24 mpg in the city and 35 mpg on the highway, and comes with a standard 4-cylinder engine. Fully redesigned for 2011, this version of the Sonata is equipped with an impressive list of features and attractive styling.

The 2012 Nissan Versa: While it hasn't earned exceptionally high praise from reviewers, the 2012 Versa hasn't been the target of much negative criticism either. It does get great gas mileage (30 mpg city/38 highway), and it is a solid car for the price you'll probably pay (under $10,000). This may not be your dream vehicle, but it will safely get you to and from your daily destinations, and it won't break your budget.

These are just a few suggestions that you may wish to consider when looking for a car to buy with a bad credit auto loan. Once you are connected with your dealer, you will be able to determine exactly how much you have to work with and which qualifying vehicles are actually available.

If you are just emerging from bankruptcy, or your credit has otherwise been impaired, Drivers Lane can quickly match you with a dealer in your area who can work with your situation, possibly getting you auto loan approval with little or no money down. Don't miss out on another beach vacation or trip to the mountains. Get the car that you both need and want by filling out just one fast and secure online application.

Posted on December 23, 2016 by Amy Fortune in Bad Credit
Suggested Posts For You
View Article

Hyundai is Recognized for Delivering Safety and Performance

The Importance of Finding a Trustworthy Auto Repair Shop