When it comes to car ownership, one of the easiest ways to save money is to get a vehicle that is fuel efficient. You may think that only expensive cars get good gas mileage, but that isn't the case. There are plenty of affordable fuel efficient used cars on the market.

With a purchase as large as a car, it is important to consider anything and everything. And one thing that can't be stressed enough is that the sticker price of a car and the cost of vehicle ownership are two completely different things. You also need to consider depreciation, insurance, maintenance and repairs, fuel, and more.

While many of those factors are out of the buyer's control, the amount you spend on gas is largely dependent on your vehicle choice. If you choose a vehicle with good fuel economy, then you can save money at the pump each and every time you fill up over the course of your ownership period.

So, car buyers who have a budget to stick to would be wise to investigate vehicles that are fuel efficient, especially if they are dealing with bad credit. Luckily, Drivers Lane has identified 10 used cars in particular that are both affordable and fuel efficient.

These 10 vehicles are ones that you are going to want to pay attention to because they: (A) get at least 27 city-highway combined EPA-estimated miles per gallon, (B) have an average price under $18,000, and (C) are very abundant in the inventories of our dealership network.

Note: MPG listed are the city/highway/combined EPA estimates, while the price listed is the average price those in the Drivers Lane dealership network sell for. Also, the prices and EPA mileage estimates are those of the earliest model year listed for each car. 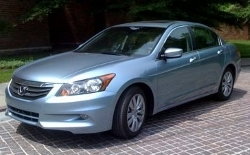 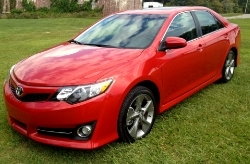 A caveat: The Toyota Prius doesn't land in the top 100 used vehicles found in the inventories of our dealership network like the other nine vehicles listed, but one can hardly make a list of cars with great fuel economy without including it.

Basic transportation needs and a tight budget can be a tough combination to deal with. This is why we believe that it makes a lot of sense to opt for a used vehicle that is both affordable and fuel efficient. That way, you can not only save when it comes to the purchase price, but also on gas, throughout your entire ownership period.

These 10 fuel efficient used cars that Drivers Lane has identified would make great choices if you are looking to save on your next vehicle. And if you are dealing with bad credit, we can also help you find the financing that works for you.

You don't have to let your credit stop you from getting approved for an auto loan if you work with Drivers Lane. We have a nationwide network of bad credit auto dealers, and they have even been known to help people with little or no money down.

Our process is fast and easy, and our service is 100% free. Get started by completing our auto loan application online, and then we'll get to work for you.

Posted on December 23, 2016 by David Topham in Used Cars
Suggested Posts For You
View Article

The Pacifica Raises the Bar for Fuel Economy
View Article

The Best Used Cars for Cyclists

How to Save Money on Your Bad Credit Auto Loan

Why Should You Change the Air Filters in Your Car?

Find Out Why Bad Credit Car Loans get a Bad Rap